There’s some good in this world, Mr. Frodo… and it’s worth fighting for. — Sam Gamgee, The Lord of the Rings

So if you haven’t already guessed, I’m a HUGE Lord of the Rings fan. I fell in love with the movie in 10th grade, and became obsessed with Middle Earth and the world of hobbits, dwarves, elves and wizards. It’s undeniably the best movie trilogy in the history of cinema, and it has since influenced my life for the better part of the last 20 years.

I went into film studies, I started sewing costumes and making props, I took up sword and archery, all because of LOTR. In fact, most of my hobbies and interests stem from that. My college roommate and I decided to live together based on our shared love of the movies. 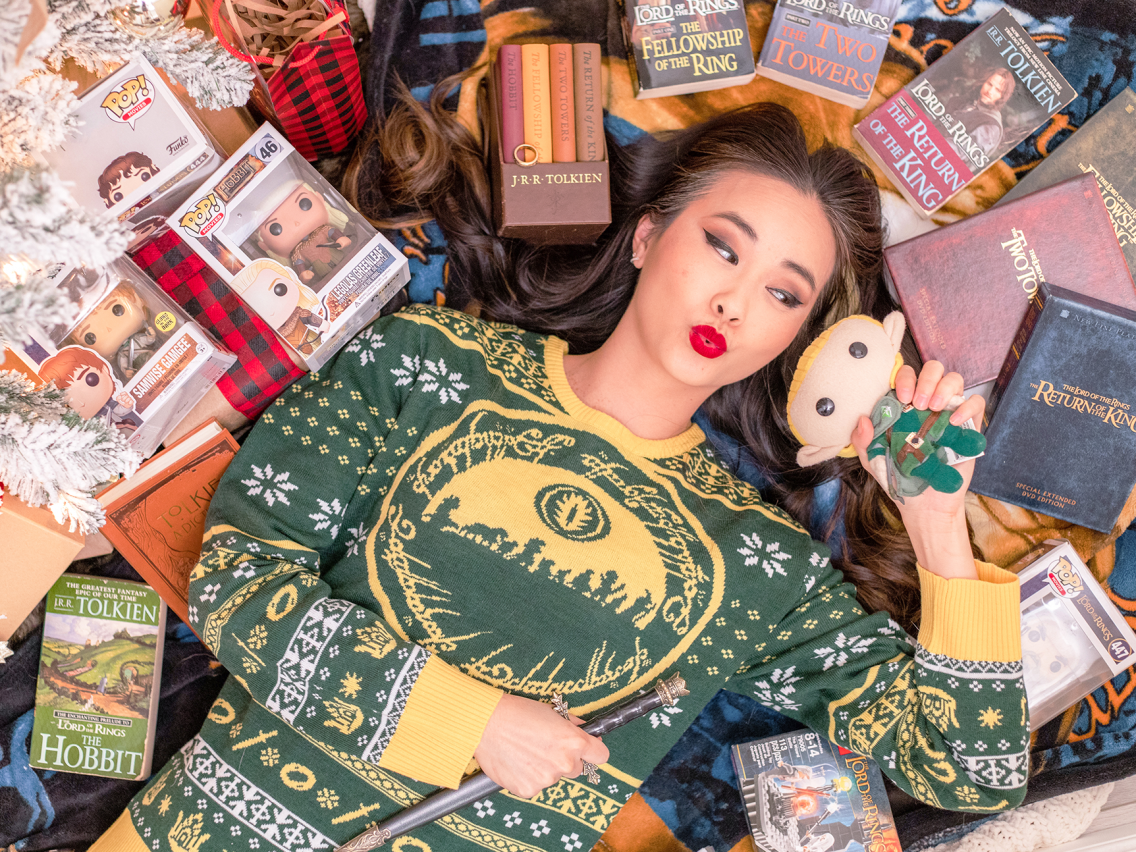 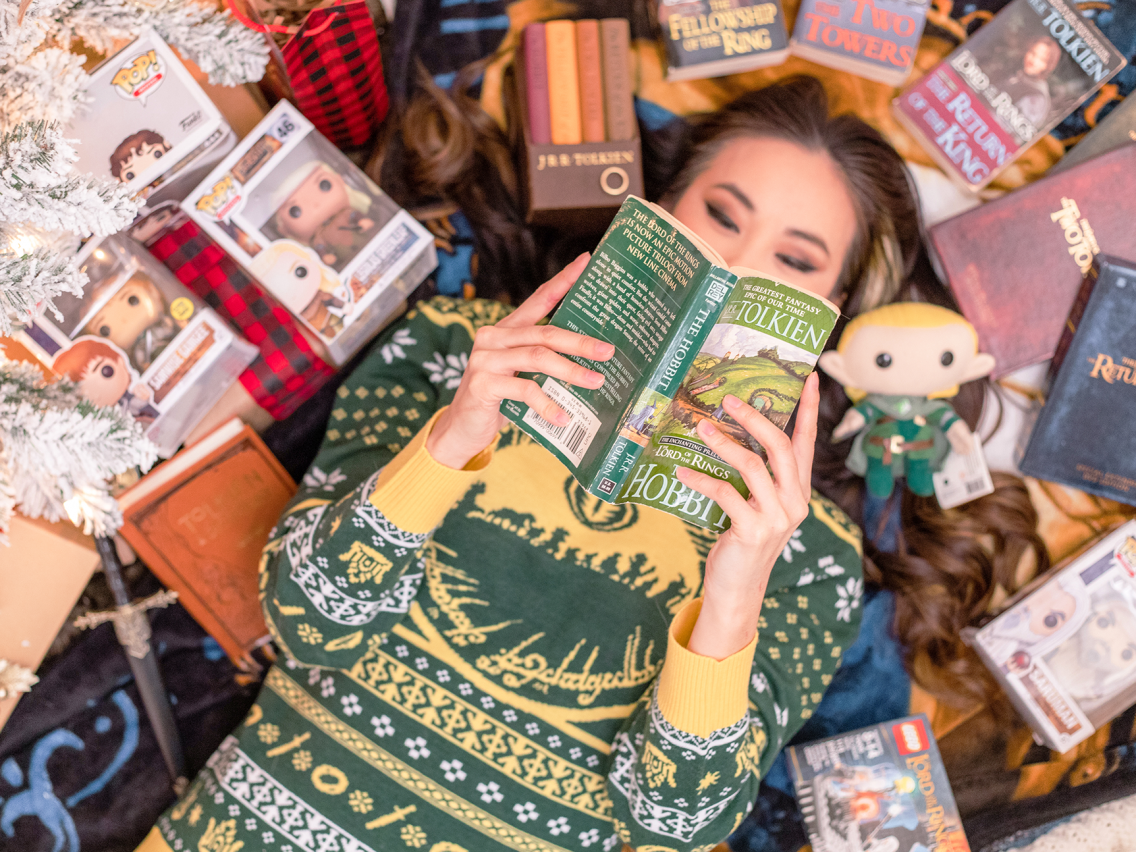 One of the first real interactions I had with my now husband was doing a LOTR extended edition marathon together (honestly, the only way to watch these movies). We even had a LOTR themed wedding! 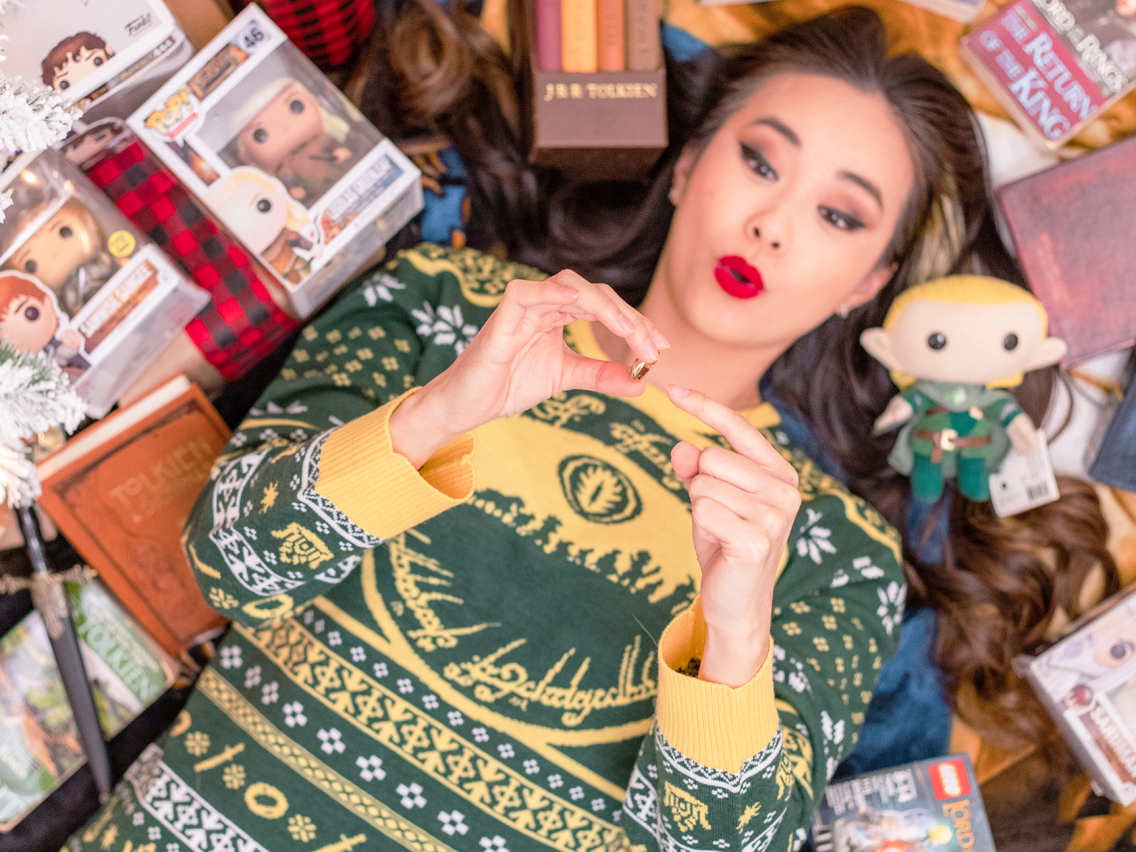 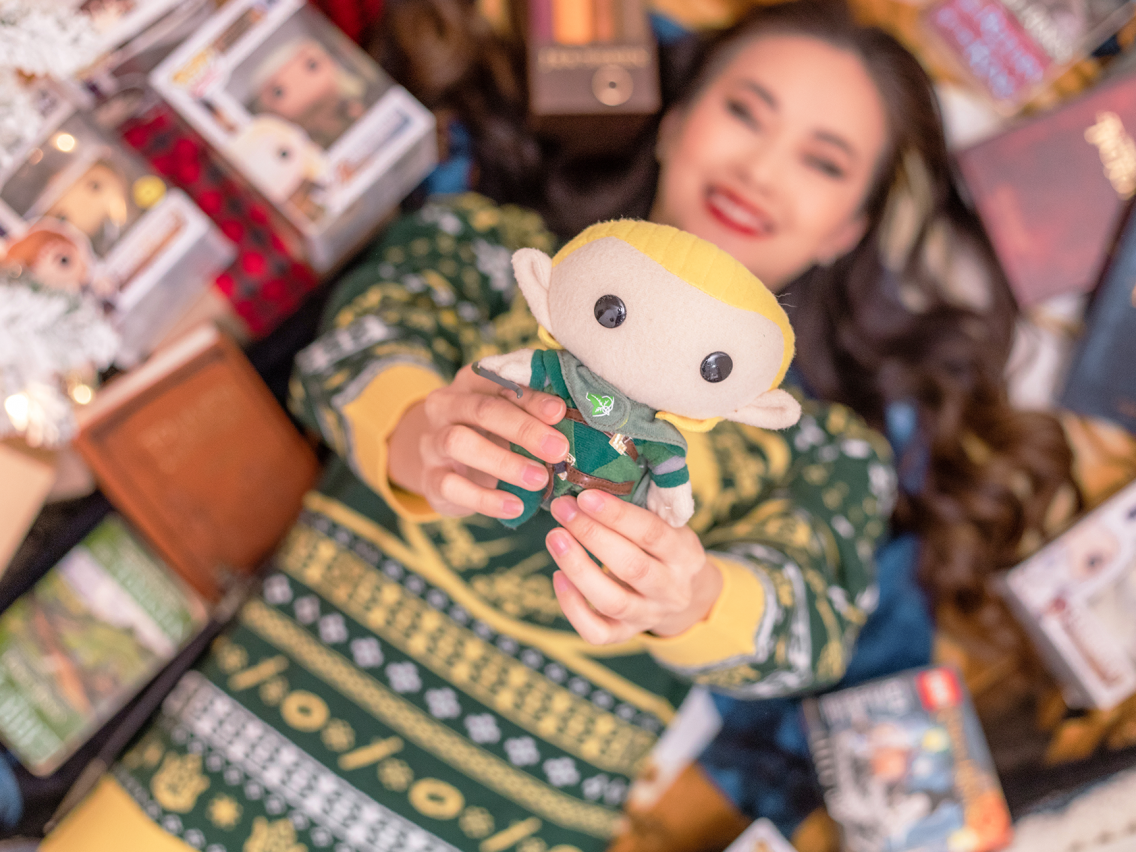 Sadly, merchandise for the movies have dwindled over the years, and I don’t see much from fandom retailers. So when this LOTR Christmas sweater came out, it was kind of a no brainer to snap it right up. There hasn’t been one like this before, so I was really excited to get it.

It is in men’s sizes (which I wasn’t really sure of when I bought it, so initially I ordered a medium and it was way too big). It’s not a heavy sweater, so layering is key if you actually want to be warm. But the design is a good amount of Christmas and a good amount of LOTR. Also, take note that the negative space is more of a green than black.